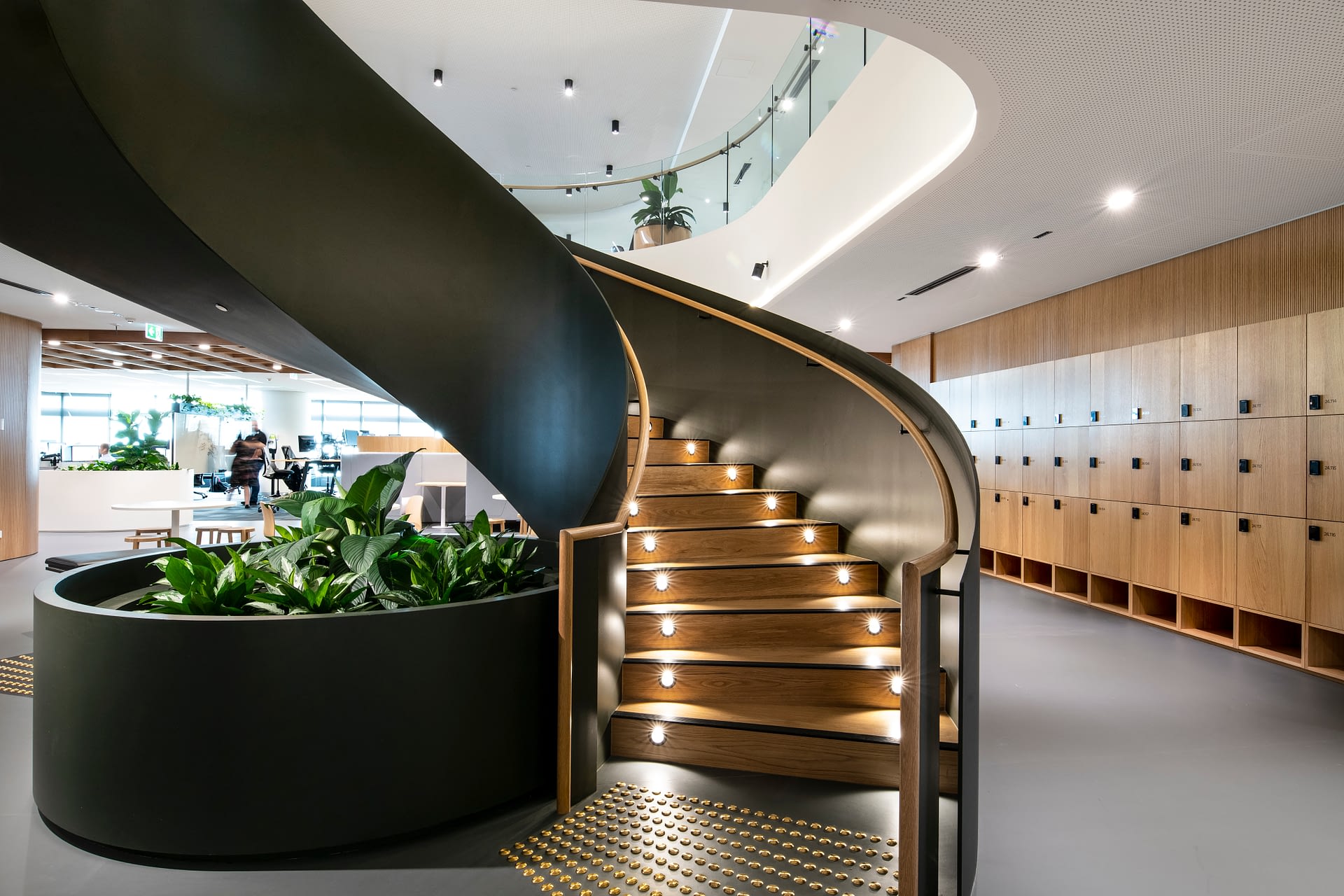 Origin Energy consolidated its footprint from two premises to one across eight floors within the premium commercial tower 180 Ann Street. Buildcorp was initially engaged for the early works package, and creative thinking then won us the tender to undertake the main works.

The early works package involved creating penetrations for the stairs that would be installed as part of the main works, including services modifications, structural works and slab demolition to create stair penetrations. The team prepared the second level stair penetration during the early works and then completed it later in the main works. This strategy alleviated the pressure on the tight program and negated the need for extensive temporary fire compartmentalisation.

The scale of the project presented challenges including the movement of labour, materials and waste via the goods lift, which was servicing the existing tenants and two other fit-outs. To mitigate congestion, materials and waste were moved after hours giving priority to labour during work hours. With surrounding tenants operating seven days, noisy works were conducted after hours. With only a two week procurement period and fixed budget, a collaborative approach, working hand in hand with the consultants, ensured the design intent was achieved.