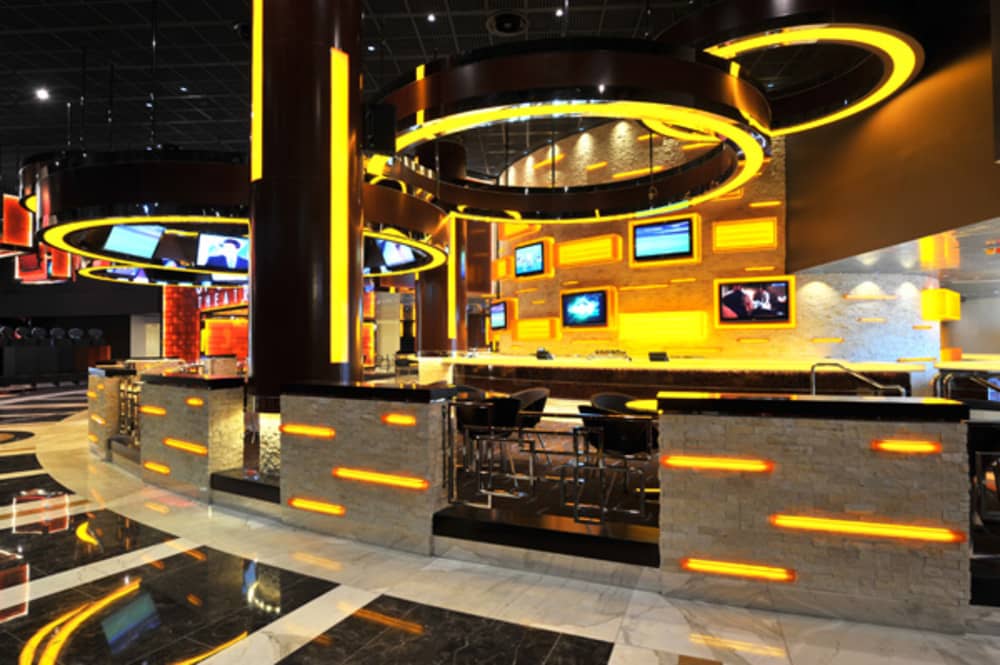 This extremely risky live environment refurbishment project was the first stage of the overall $900M revamp of the former Star City casino (now The Star) and comprised a new 3000m² purpose built sports entertainment, dining, gaming and TAB facility. There were several significant construction elements that were managed for this complex and risky refurbishment.

The first – how do you demolish an existing structural beam just metres from 24-hour operational poker tables and gaming machines without disrupting gaming operations? The answer – cut the concrete into manageable 1 tonne chunks with a much quieter laser wire machine and employ 7 metre high, 240mm thick fire rated sandwich panels as site hoardings to provide an aesthetic and effective acoustic barrier between the works and the operational casino gaming floor.

The project also encountered significant design delays at the outset, partly contributed to by the necessity for over $700K worth of structural steel to be installed to reinforce the roof slab for future works and to ensure the adequate live load capacity for the main theatre areas. Buildcorp and its diligent subcontractors met these challenges front on and managed to mitigate 6 weeks of delays by working two back-to-back shifts, 7 days a week for 4 months. The last $3M worth of joinery was installed in just 8 weeks. The project was a resounding success and was awarded two Master Builders awards in 2010 for excellence in Construction.